skip to main | skip to sidebar

*
Charles followed Richard out the narrow postern door at the rear of Whiteladies House. The first vestiges of dawn just barely colored the sky and cool fog still snuggled within the small garden behind the house and not even the birds stirred yet. A flagstone walkway lead through a neat arrangement of mist strewn herb beds, rambled among them and finally ended at a small green gate. Beyond this hedge began the wilderness of Brewood Forest. Here the trees seemed large and near, their closely grown trunks forming a wall of coarse wild wood, their branches reaching upwards only to vanish into the low hanging fog.

Richard gave a silent wave, then cut to his left and Charles followed slowly through the unshorn and dew strewn grass, the ankles of his stockings quickly becoming damp. They stopped at the end of the hedge and considered the silent ruins before them, then crept across a short open expanse of yard and ducked into what remained of the ancient Priory of Whiteladies. Charles remembered that Giffard had told him it was called such because several hundred years ago the Cistercian nuns who had inhabited the old chapel had worn habits of white.

A line of headstones from centuries past stood close against one wall of collapsed stone, the words upon them far too worn or obscured with lichen to read. Nameless souls, known only to God, Charles thought vaguely. He saw Richard furtively make the sign of the cross, from head to breast and shoulder to shoulder as they skirted the grave markers and then they ducked through a high broken archway and into what had once been a large room.

Here lay the larger flat expanse where bits of broken stone flooring still fought off the vastly encroaching wild grass in places here and there. The remains of a fountain lay toppledd in its’ center, the arm and leg of a stone figure jutting out of the pile of rubble and Charles realized this had once been the courtyard of the monestary. The coursed sandstone wall to one side towered over their heads, the raised arched windows empty of glass. Thick masses of vines and ivy wound their way up the lofty walls and smothered a nearby corner of stonework. In many places it had transformed parts of the structure into what seemed like walls built only of the greenery.

The horses of those who had come with the King stood casually inside the remains of the courtyard, still saddled and happily munching on the long grass that had grown up within the collapsed walls. Several of the beasts looked over at them, pricking their ears forward curiously, then went back to their breakfast.

Charles considered the silent space as he moved slowly along the wall behind the man. They were almost at the next archway when he heard chanting of some sort coming from just beyond. Richard froze with a soft gasp at the sound. He turned back to the king, his features suddenly pale. The faint chanting continued as if from a group of women on the other side of the wall.

Silently Charles crept past his guide, one hand brushing the weather scarred stones. Richard grabbed at his arm with a claw of iron to keep him back and urgently shook his head, but Charles moved stealthily to the archway, determined to see whom else was there. He paused and listened. There was no doubt now, the soft chanting was coming from whatever was on the other side of this archway.

Pressing close to the cool stone, Charles peeked cautiously around the ancient wall, and suddenly the chanting stopped. He looked both ways, but the area was empty, except for some kind of oddly clumped balls of mist that lazily circled, and then slowly floated across the grass as if with ghostly purpose and then disappeared out the far broken wall.

The hairs stood up on Charles’ arms and the skin at the back of his neck prickled. He watched the far hole, but the balls of mist did not return, nor did the chanting take up again. He looked behind him to find Richard with his eyes squeezed tightly shut, murmuring the Lords’ Prayer to himself in a rapid slur of words.

“Have you heard chanting here before?” he whispered and Richard nodded, opening his eyes and coming up beside the King.

“Sometimes you hear bells ringing, sometimes its just whispering – but mostly they chant. This part used to be the chapel. I haven’t seen the lady in white who walks in the courtyard, but William and Mr. Giffard have.” He said softly and gave a hard shiver. Charles considered the area again. All traces of the roof were gone and the other walls lay in various heaps and piles of crumbling stone with broken archways here and there jutting out of the grass and ruin. It felt ancient yet somehow still retained a vague sense of solemn worship even in its disrepair....... 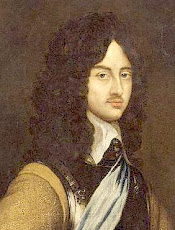 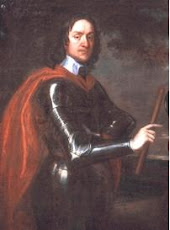 Search the Scrolls of Whitehall 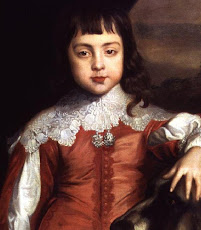